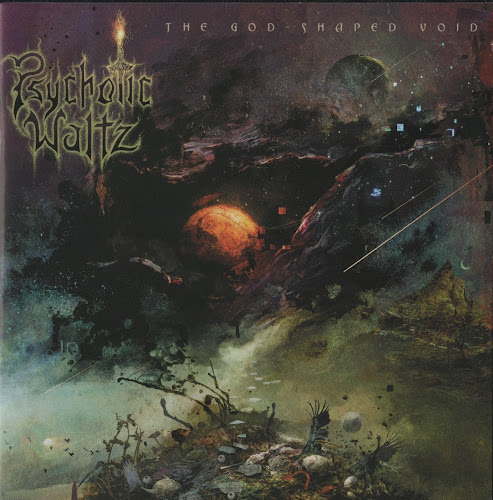 There haven't been many new releases which I was outright interested in purchasing this year when researching what was being offered. The God Shaped Void, Psychotic Waltz's first album in twenty-four years, though, manipulated my interest immediately. After a few weeks revisiting A Social Grace and Into The Everflow and a week or two of digesting the lesser cited Mosquito and Bleeding, both of which I had never given even a glimmer of awareness to, I further reprimanded myself for not spending more time with the band's classic material. It was clear after Mosquito that Psychotic Waltz would not produce a clear-follow up to A Social Grace or Into The Everflow. Their debut and sophomore release, to me a strange union of Voivod's Killing Technology / Dimension Hatross and Fates Warning's The Spectre Within / Awaken The Guardian, remain black sheep of sorts in the early 90's progressive thrash scene. Even a single listen to "Halo of Thorns" is enough to ruminate on whether A Social Grace is the pinnacle of the movement and where bands such as Watchtower or Coroner were heading.

The God Shaped Void is very much a continuation of Bleeding and to a lesser extent Mosquito with songs relying on less intricate rhythm parts and only soaring to lofty heights of technical complexity at brief bursts. This is especially true of tracks such as "All The Bad Men" or "While The Spiders Spin." At many points, the album's most rewarding material is reliant on melody instead of riffage in much the same way as songs like "Haze One" or "Need" were on previous albums. There's only a few examples on The God Shaped Void where riffs take center stage, such as the solo rhythm during "In The Silence", the most inspired section of the album for me. The album instead relies on typically modern metal components - big thick power chords, slow chugging guitar motifs, and the inclusion of different textural elements such as the flutes on "Demystified" to carry interest. This is emphasized the by the smooth and polished guitar tone of Dan Rock and Brian McAlpin compared to the raw aggressive guitar tone associated with A Social Grace and so I don't see the album sitting well with those keen on the pro/ag-gressive thrash elements of A Social Grace or Into The Everflow. You can count me in that group.

Devon Graves' vocals are a major factor for me in terms of the album's enjoyment. In one hand, his performance is impeccable and professional, the consummate front man bringing theatricality to the album where it otherwise would come across as flat and uninteresting. On the other hand, there is a lot of vocal effect usage and layering which in a way hides the personality I enjoyed so much on the early albums. Graves' vocals are quite 'in the box' both harmonically and rhythmically as contrasted against the much freer style evident through Mosquito. In part, I don't blame Graves for this; there is only so much room to roam when you're fenced into standard hard rock formats, as these songs are. Gone are the allusions to John Arch's imaginative melodic vision. By comparison, his flute solo in "Pull The Strings" is one of the more enlightened moments of the record, and hearkens back to the experimentation of "Another Prophet Song" and it's tabla percussive elements or "Butterfly" and it's own bizarre foray into Hendrix's "Purple Haze".

There are only a few tracks which do anything for my daily metal requirements. The first of these is "Back to Black." It retains the modern elements which are carried through the album, but is heightened by a particularly well maneuvered and flowing bridge / chorus. Even though the underlying solo rhythm is standard hard rock fare, the leads over it are enjoyable. "Pull The Strings" is also somewhere in this category, even though it is better evidence of Psychotic Waltz's progressive sensibilities. My favorite track on the record is the closing salvo "In The Silence." It's a slower, moody track which has an underlying driving rhythmic sensibility. Also a highlight for me is the thematic content. Lyrically, the album is well written and for me may be the most enjoyable element. Songs such as "While The Spiders Spin", which focuses on our addiction to technology and paints this major modern issue against the traditional motifs associated with drug addiction, or "In The Silence", questioning our place in the cosmos in the past and in the future, are some of the themes I particularly enjoyed Waltz's take on. Others, such as "All The Bad Men" provide me some material worthy researching (Operation Nightshade?). Other tracks pursue the hopeless situations humans have put themselves in both personally and socially. It's all done with a thoughtful subtlety and nuance.

This is all to say that the album isn't what I had hoped for sonically. The album is high quality modern metal with progressive elements that will appeal to a large portion of fans of progressive metal, but the album is unlikely to get much airtime from me over other 2020 releases, or even other Psychotic Waltz albums. Even limited to only releases by Californians I can name at least two releases from this year which will surely get more playtime - Necrot's Mortal and Cirith Ungol's Forever Black (Another return from the grave record which may be my favorite release of the year). Ultimately, one of the best results of The God Shaped Void for me was revisiting their earlier albums and rediscovering deep cuts like "Out of Mind", "Freakshow", or "Haze One". What is most disconcerting for me is that while there have been such a large influx of bands going after the experimental thrash and progressive thrash elements in the past several years, Psychotic Waltz, a progenitor of the style, have only tangentially provided a frame of reference for their impact on the movement with The God Shaped Void. 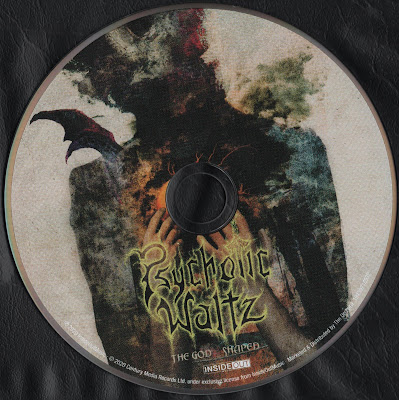