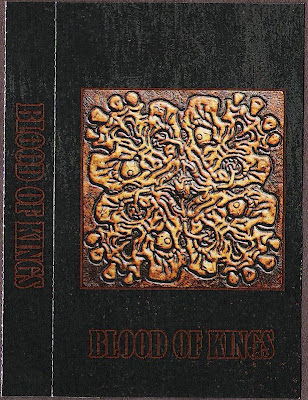 Seattle, Washington is never the first place I think of when it comes to metal but Blood of Kings, a trio from the rainy city who formed in 2011, is hell bent on making sure that the city gets the heavy metal respect which it was never able to formally validate even after a number of great bands including Heir Apparent, D.C. Lacroix or myriad undervalued gems such as Serpent's Knight. It's a tough precedent to break but Blood of Kings gives it their all, and they give it admirably. Pete Yore (Bass, Vocals), Eric Jelsing (Drums) and Nick Paul (Guitars, Vocals) have quite a large amount of  talent between them and rampage through some fairly atypical and interesting songs on their debut release - an old school four song demo tape simply tagged with their moniker.

The first listen through was a fascinating experience for me simply because the band really seems to have already gelled so completely as far as their style can be concerned and the three piece has taken great care to produce a really strong product. Presentation on first impact is, however, somewhat lackluster with a cover which really doesn't seem to provide any indication of the overall contents of the tape. I honestly have no idea what the cover is. Perhaps it is intended to represent the third track on the tape, Heart of the Land, but my guess is as good as anyone else. My best guess is four skulls connected at the temple by a central heart but my second best guess is fungus... probably fungus scraped off the inner thigh of some long dead obese individual whose body has become a haven for new and exciting biological possibilities. 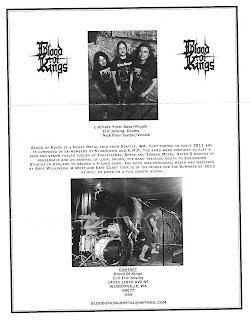 Music first. The tracks range from mid paced to just below what I would consider "fast." Opening track People Of The Light is my vote for weakest song on the demo though it has it's moments such as the post-solo lead and opening riff however a somewhat uninspired chorus really marks the demo's low point. It's pretty much smooth sailing from there though with Force Fed and closer Derailed really being highlights for me. The guitar tone, a crunchy muffled fluidity with hints of breakup in the bass frequencies and crisp treble clarity, suits the band's habit of utilizing more complex chord progressions and melodies and lends a doomish quality to some moments. Force Fed is a tremendous track, wandering through a heady amount of confident leads and memorable melodies. While Heart of the Land is a neat track with some, dare-say-I, unconventional progressions, Derailed is the strongest representation of what I think the band is best capable of doing; Voivodish thrash in the vein of tracks like Tornado. Blood of Kings is great at taking riffs and presenting them in a way which we haven't heard before which is really awesome.

The weakest part of the whole demo are the vocals which, I have to admit, are holding the band back at the moment. This is one moment where Mustaining it didn't work. While I'm not positive who does most of the lead vocals, it doesn't matter since all the vocals are pretty horrid. The nasally, out of key attempted vocals, though commendable, is like telling a crying baby that while we appreciate their attempt to alert the world that they aren't happy, we really could do without the deafening high pitched banshee wails. My main question is, why would the band go through such effort to produce some really strong tracks but allow the vocals to sound like a third grade teacher's fingernails on chalkboard? Either they didn't think it sounds bad - which it does - or they intended the vocals to sound like Gilbert Godfried's best impersonation of dying cats. This is something they will have to address if they want to garner any real widespread interest. 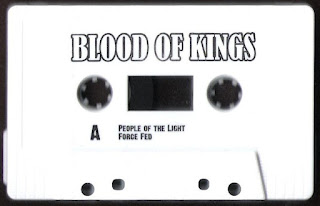