Yfel - Dark Hymns Of The Underworld 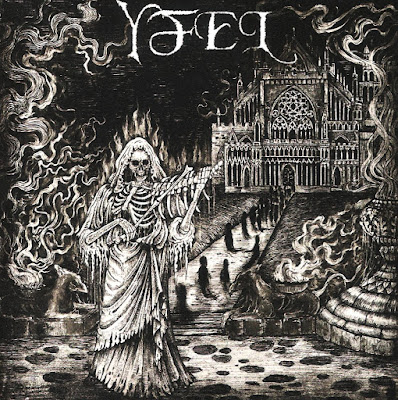 Dark Hyms Of The Underworld follows Yfel's debut, The Depths of Hell, and dials in on some major improvements in some important areas. The Depths of Hell was under siege in no-man's land between black metal and death metal and consequently suffered a defeating identity crisis. Where Dark Hymns... makes significant strides is in the push towards a solidly black metal effort. Gone are some of the Armonisms which appeared on the previous album: overly syncopated vocal choruses, goofily groovy riffs that manifest out of nowhere, and laughable lyrics about dead prostitutes all come to immediate mind . What has remained is his solid ear for compelling melodies and his instrumental prowess. Additionally, Armon's mid register screams are a boon to the focused black metal attempt, generic as they still are.

Without picking apart each track, the most powerful - and promising - song for me is tertiary track "Char and Ash" which could be considered a poor man's "As I Wander," a comparison to the must hear track on Primitive Graven Image's Traversing The Awesome Night. It rolls and roils for the first several minutes similarly but without as much grandeur and little sense of imagery. It also falls prey to the "black metal must have fast parts" mentality and instead of being a beastly slow-to mid tempo track, we get some blast beats and faster parts which sap what was a unique change of pace on the mostly single-minded album. But the slower doom parts are big, stomping, marching black metal. "Char and Ash" is followed by the out-of-place "Covalent Bonds" which doesn't fit thematically with the other material and which opens with a riff more akin to Control Denied than Immortal or Emperor. While the content of the track is a minor slip, the dip in black metal focus betrays some of Armon's underlying non-black metal influences.

As usual, Armon has recorded and mixed this project himself and he's done a commendable job in accomplishing the goal of getting clarity without being polished. All the parts have their space and show forth in the mix with the guitars still being most in your face and the drums - still programmed - being in your boots. I'm not sure the production is "black metal" at heart; the bass is less pronounced compared to the seminal productions in the genre, the guitars aren't quite as buzz-saw or incognito, and the programmed drums do push away from the necessary natural tones I prefer. Regardless, for black metal done Armon style - this is a shift more in the correct direction. I'm curious to know if Armon can replicate the black metal feeling with Yfel on future releases, especially considering the positive changes here on Dark Hymns of the Underworld. My biggest concern is still whether Armon can string a bunch of songs that fit within the genre's parameters and yet still be memorable and interesting. 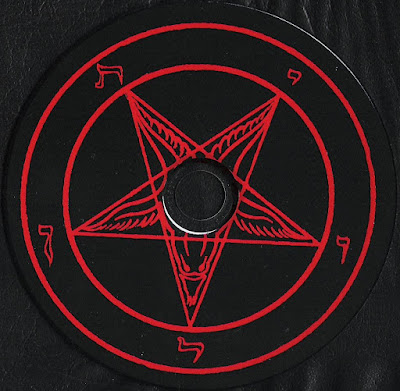