Thanks to Aristocrazia Webzine in Italy for the review.

Check it out here. There is a translation available from the Italian to the, slightly awkward, English.
Posted by Orion at 11:22 PM No comments: 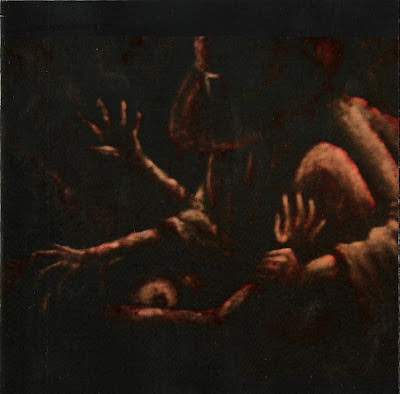 After a long, foreboding and tense piano intro to Murkrat's second full length, Drudging The Mire, we finally get to experience  what the brunt of this genre-bending release contains en-mass: droning archaic chants to the tune of the god fathers of ultra-slow, moody doom. With bands such as Skepticism playing major parts in the construction of a unique and solitary take on this corner of doom's vast pantheon of sub-sub genres, to try and compare Murkrat to other projects is as difficult as tying your shoes with broken hands. There really is no perfect fit. In the case of Murkrat, it really is like trying to shove a square peg in a round hole.

The most general description of the myriad components here breaks down as follows: The underlying base of the music is a structure rooted in something akin to Gregorian Chant or ritual music with an emphasis on vocal melodies. The religious symbolism removed, a haunting atmosphere is created. On the main tracks a guitar is used to create grit and heaviness. It has a strange overall tone though, as if the instrument has been played very softly and with little attack. Run through a fuzz pedal, the resulting effect is that of a cello or contra-bass bowed and played through an Engl with the bass turned all the way up and the treble turned all the way down. The foundation is rounded out with drums and keyboards, both playing prominent roles in the band's sound. The totality of the arrangement is not unlike the more recent Skepticism albums or what you would find in any number of funeral doom albums. 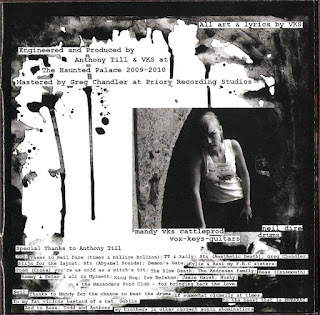 The two major factors that make this album so completely unique are Mandy VKS Cattleprod's vocals and Neil Dire's drumming. Drums first. Evidence for the unique drums is found through the album, though in second track (first real track after the intro) "I, Rodent," we are presented with one of the strongest displays of the unique drumming. Dire plays a style similar to that of Steve Shelton of Confessor but far far slower. Strong confident beats are punctuated with moments of experimentation and free - form fills and variants. The constant variety adds a sense of adventure to the mostly simple rhythm section. Fifth track, "Electric Womb" is an example where Dire relinquishes his experimentation slightly and the track suffers. "The Mighty Spires," marks a return to Dire's seeming need to complicate the rhythms. He succeeds here, crafting the spine to what is my favorite song on the album.  The drums play a major role in making this album listenable instead of simply an interesting attempt. Neil's drumming is about 30% of what makes this album tick.

The 60% that makes the album tock, however, would be Mandy's vocals. I have heard one other female vocal in this style though nowhere have I heard such a prominent role for this style of vocals. A quick reference point would be Vanessa Nocera from Wooden Stake. Though Nocera tends to let the riffs press the music onwards, objectively speaking, Mandy is the more skilled vocalist. Nocera may be more aggressive and I'd be surprised if Mandy could equal the extreme vocals which Nocera does so well (a moot point since there are no real extreme vocals on Drudging the Mire), but Mandy's ability to combine layer upon layer of vocal melodies and harmonies is rather astonishing. Vocally, there is an operatic element to the style employed here but it's more of a crooning at times. Mandy basically sets the stage here for every talented female vocalist who never thought that their love of the Cranberries could be translated into a doom metal setting. It's an immaculate blending of the holy and unholy - an angelic style used to perpetrate mournful and somber melodies and harmonies. 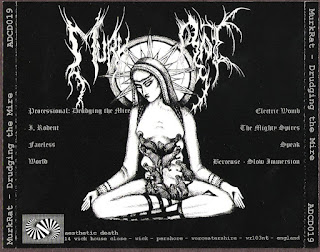 The album is long, and while the eight songs are all incredibly interesting, well composed and unique, a sense of dragging does occur. I noticed it around the midway point of "Electric Womb." While the following track, "The Mighty Spires," is, as mentioned before, a highlight in my eyes, the song which I have to give the most credit to is "World," an example of everything Mandy's vocal genius is capable of in a single track. It's the kind of song John Batchelor would open one of his radio shows with - a soundscape presenting an intimacy into the soul of a universally acknowledged musical truism; music can transport us places without a common language, without common beliefs or common experiences. "World" is mainly a vocal instrumental, if the two words could go together. Mandy lays a foundation of vocal layers and builds upon them to create one of the more beautiful pieces of music I've heard in a while. Though excellent, obviously this is not an album for everyone. There is a required interest in slow, moody, doomish music and also, I would say, a disposition of open-minded curiosity which would go well with this unique and eccentric album. 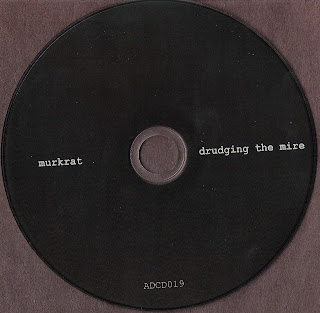 Another review for Black Chalice - Submission has been posted on metal archives. The positive reaction to the release continues and more than half of these tapes are gone.

Review added to the others on the Black Chalice - Submission page.
Posted by Orion at 11:10 AM No comments: