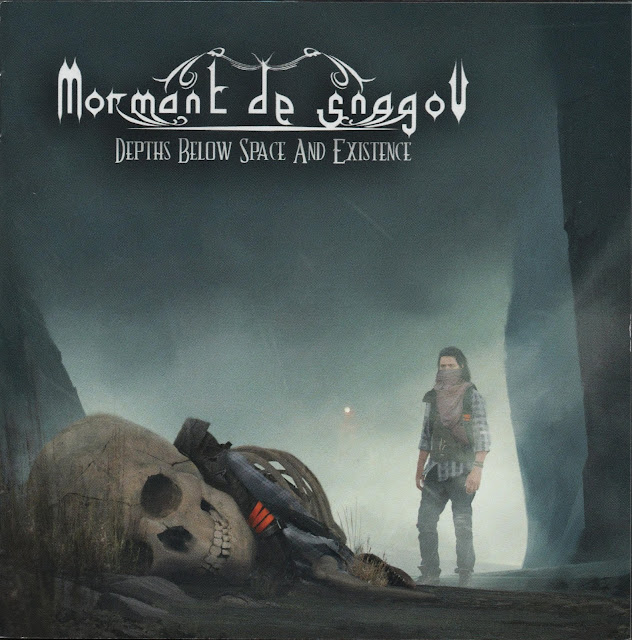 Mormant De Snagov have been a relatively stable band over the past decade in terms of lineup and production. My first impression of the Finnish black metal outfit's music was off the Triumph of Death split with Abnabak. That split presented Mormant De Snagov as a promising black metal outfit that didn't fall victim to the atmospheric and post-black trends of time. Their second-wave inspired approach with confident melodic movements stood up to several repeated listens. It's been three years and we now have a new album, Depths Below Space and Existence. The lineup is the same as on Triumph of Death. Miska Lehtivuori is the main songwriter and mind behind the band. His vocals oddly sound more in the metalcore / melodic death metal realm for me than they did on the previous recordings. It's the sole sour point here. His guitar playing, however, is excellent. Equally strong is second guitarist Sasu Haapanen's efforts. On the rhythmic front, Pekka Venho on bass is generally not noticeable, a shame. Pekka Jokela on drums is a key driving force for the band and stays interesting and inspired throughout the length of the recording.

My expectations were that we'd get another heavily second wave inspired black metal album with strong riffs and memorable songs. This is ultimately the case, however there are moments that indicate a shifting movement of influences. The second wave influence was not immediately clear to me. It was like eating a cake covered in vanilla frosting and discovering the fluffy insides were chocolate. Miska explains: "Mormânt De Snagov started as a very traditional second wave black metal band. In the beginning the idea was not trying to create anything new or unheard but simply make good music that we ourselves like and would listen to. It was kind of something that just had to be done as this kind of art has been big part of my life for very long. Also, the lyrics were very straight forward back then. That as well was something that I just had to get out from my head. Since then we have changed our expression on each album keeping the black metal core present. To this day we still are not trying to create anything new but the focused aim to write good songs remains. Apart from the black metal side one can hear influences from death metal, thrash, progressive and even from melodic metal in our music." 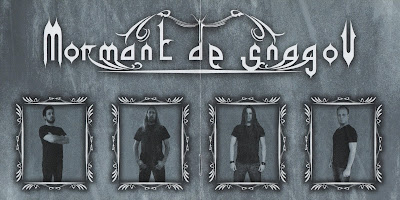 There is still the underlying black metal techniques, but from the first few moments of "Never Speak Aloud" the progressive elements are much more pronounced and the melodic hooks that are built into the songs are more integral. "This time the material was again pushed to more polarized direction: more progressive and beautiful melodies but on the other more extreme and aggressive death metal riffs as well. This kind of material required more polished production and as we had gained some experience on recording we decided to make it as hi-fi as we could." "Battle Neverending" is another track that points away from the black metal genre, yet is written to be immediately captivating. A solemn tremolo melodic intro pulls the listener into the most memorable arrangement on the album. Big melodic spikes provide the required catch, against otherwise nuanced themes. "Writhe Infinite" opens with a rhythmically unstable motif that reflects Ghost Reveries Opeth before leveling out into a more standard second-wave black metal track but Miska claims it's the album's lyrical peak.

"Stories Untold" is my choice for the best song on the record. The progressive elements return with a massive piano movement cracking the song down the middle like a giant canyon between cliffs. It adds a sense of patience and craftmanship to the album which lacks elsewhere. Stories Untold" also draws heavily from the Death Metal farm; lower growled vocals are used on the verses, the solos and leads sound like Allen West, and the verse riffs could fit on a Suffocation album if Mike Smith were blasting away beneath them. Topping over nine-minutes, it's the longest track and deserving of the time partitioned for it. It is also Miska's personal favorite. "The long keyboard part in the middle of "Stories Untold" is something I’m very proud of. The melody theme is simple and beautiful, and originally it was a long Burzum -like part where the melody as repeated over and over again unchanged. At some point we decided to change the game and start layering the melody instead of just repeating it. After a while we realized that keyboards will be needed on this one and immediately after that we realized none of us could play it because of lacking the skills."

Luckily, I knew a local professional jazz pianist Matias who promised to help us. He came over to the studio, I played him the melody theme once or twice and we started recording almost immediately. It was a magical moment to hear someone so talented playing stuff that I had written. He nailed it and we were very happy with the outcome. Finally, when I was recording guitars to that part Sasu suddenly walked in to the studio and told me he had yet another layer to add to that part. It’s the last guitar melody that kicks in at the very end of that part before the music calms down to the piano break. The final version includes so much layered stuff which is growing little by little, that it’s hard to understand it on the first listen. I recommend having plenty of time, a glass of wine and a pair of good headphones when listening to it... It’s kind of our magnum opus. Despite that it’s a long song it’s still quite simple and easy to approach. The chorus is catchy as well."

Mormânt De Snagov's Depths Below Space and Existence is a rewarding listen. There is a sense of experimentation and thought across the album. Melody plays the biggest role in transitions between segments and riffs and for this, offers some unique perspectives on the usage of melody in contrasting sections. After a solid ten or fifteen listens I feel the record wears well on repeated listens but had the vocals been more traditionally black metal in sound, I feel the material would have been more effectively fused. "I’m a self-taught singer so can’t tell much about the style or technique. The way I do it just feels good and comes out easily and naturally. I like to scream and growl as clearly as possible to make the lyrics understandable without reading them which also makes our music catchier." This cleaner style does make the lyrics audible, but for me it takes something away from the aggression.

"Someone said that 'you’re not black metal anymore’ after hearing our latest album. If one defines black metal as the first and second wave stuff then yeah, I guess we’re out of that scope. We think differently. First of all, lyrics are an important thing. The content of our lyrical side has not changed much. The expression might be more subtle but the hateful, frustrated and anti-religious approach is still present very strong. Secondly the music is still dark and powerful just like it used to be on our two first album. The core of the music is still there, and the riffs come out from the same hands even though some layers of the music are very different... Give it a good spin. It might be different from what you would expect from Mormânt De Snagov and also different than what the artwork suggests. Actually, the artwork is visualizing the ending track “The Roots of Grief” which is a fact that isn’t too easy to discover. When you dig into this album deeply you’ll see that the black metal core of Mormânt De Snagov is still there. And finally, when you’ve gotten familiar with this album I recommend you prepare yourselves for our next full-length album which will change the game again a bit. We will keep expanding our expression to more brutal and also more melodic direction." I'm looking forward to the next record after Depths Below Space and Existence. Mormânt De Snagov are a forward looking outfit always looking to create something new. 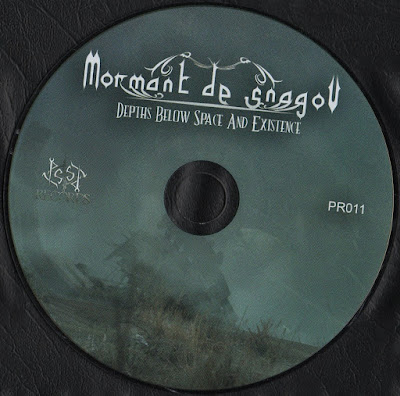