September 9th, I had the fortune to check out a great show at the Meatlocker in Montclair NJ. I caught up with the guys in Submit To Suffering a day before recording their demo and after playing an exceptionally late gig. Check out their track "Boom" from this gig and my interview with the band by clicking here or at the archives here. 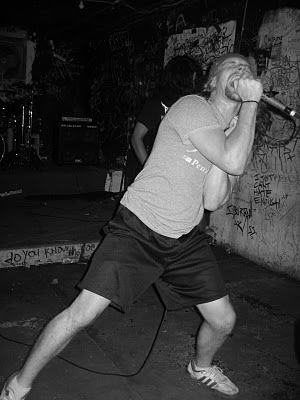 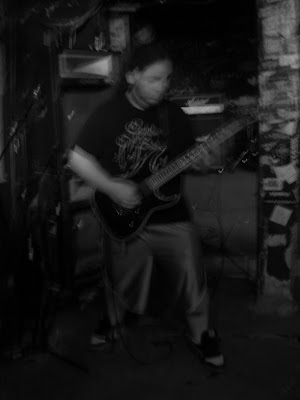 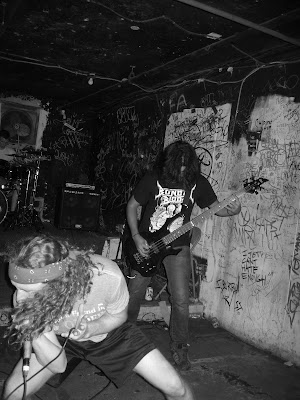 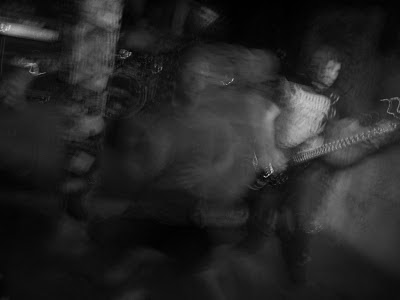 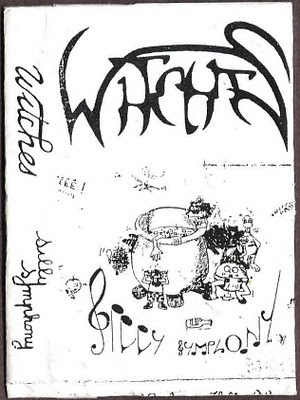 Witches is an ancient French thrash band which has largely gone unnoticed throughout the ages of metaldom. Their 1988 demo, Silly Symphony, is more interesting contextually than it is musically. Opening track Lessive Agressive is a worthy thrash moment for the thrash maniac out there but to actually grab a hold of the demo probably isn't worth the price. I was lucky enough to snatch this from a

distro for cheap but I doubt that would be the case usually. What makes the demo interesting for me, is the inner sleeve, with thank you lists listing legends like Mille from Kreator, Holy Moses and Piggy and Blacky from Voivod. Also mentioned are some members of the emerging black metal scene in Norway and death metal scene in Sweden including the members of Ice Age and Euronymous and Necrobutcher from Mayhem. Lemmy is included as well as Girlschool. Listed are some well known zines as well such as Slayer Mag and Morbid Mag and several other lesser known zines as well. It's a cool list of who's who at that time.

While the music is a bit generic and unnecessary for most here, those really into collecting and piecing together the underground movements of death and black metal along with those

interested in the golden age of underground fanzines will find some interest in these liner notes. Musically, my favorite track is the opening combination of intro "Lycanthropy" and "Lessive Agressive" though the speedy primitivism of "Moment of Distraction for Deep Sleepers" fits together with the named influences in the thank you list and final track "Pool of Running Blood" is an interesting track as well, starting with an awkward melody and movement that borders on NWOBHM as opposed to thrashier parts of the rest of the demo. The track speeds up halfway through but never really holds my attention after the intro due to sub par riffs and an amateurish song structure. 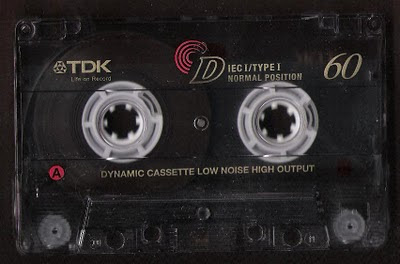 So, after some bureaucratic trouble getting the audio files for the Abazagorath interview, here it is, finally available to all. On a more somber note, this will be my last interview on WP88.7 Brave New Radio due to the station management deciding that it's time I give up my radio slot to dead air because I have already graduated. Please send them your displeasure and ask for The Vault to return to the airwaves. 3 years of metal undulations across the northern New Jersey airwaves was awesome, and you will still hear interviews and such through this website and blog.

Anyway, not to drown the moment with solemnity, I want to thank Chris Warhead and Dave Nyarlathotep for coming on the air, and giving and awesome interview. One of my favorite moments was messing up the pronunciation of Dave's pseudonym so much that he threatened to kill me on air... that's pretty awesome. Ultimately, the interview had this subplot of me trying to pronounce Nyarlathotep, and eventually succeeding. Kind of a strange subtextual thing. But anyway, enjoy.

The interview can be downloaded at this link: LINNNNNNk

Or you can find it linked on the Radio archives page.
Posted by Orion at 10:44 AM No comments: