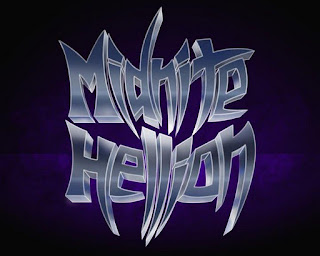 Here is another live recording from the same night as the Fiakra show at Champs in Trenton. Midnite Hellion were pretty fun to watch live and their bassist is pretty damn awesome. They did covers of Slayer's Die By The Sword and Iron Maiden's Invaders. Enjoy! Download the show here or visit the archives here.

Email ThisBlogThis!Share to TwitterShare to FacebookShare to Pinterest
Labels: Live

Check out Fiakra's live show at Champs from 11.17.2011. Pretty awesome epic metal from Freehold, NJ. Thanks again to Kenneth and the band for letting me record their set and for being a crew of awesome, chainmailed metal warriors! As always, you can download other live shows and interviews by visiting the Archives Page.

Fiakra official website: WWW.FIAKRA.COM
Posted by Orion at 10:28 AM No comments:

Email ThisBlogThis!Share to TwitterShare to FacebookShare to Pinterest
Labels: Live

Well, things may seem to have been slow around here but in reality, a LOT has been going on. Let's take things one step at a time.

1. I've amassed about 6 or 7 live recordings over the span of the past three weeks which I hope to put up online for everyone as soon as I get the approval of the bands. You should see one or two up in the next or two. Basically, I have to upload still: Midnite Hellion, Fiakra, Denial Fiend, Buzzherd, Slasherthroat and Gorematory. So, a lot of cool audio stuff to add as soon as Mediafire decided to upload things.


2. Most interestingly, I think, is that I will be doing a cassette release for the Motorhead / Venom crazed lunatics of Maximum Oversatan. Look for that in a week or two. I'm looking to do more releases in the future so anyone who has something they want to release, get in touch and I'll let you know if I am interested. The goal is going to be to do small initial runs of tapes so bands that want to release limited stuff of rehearsals or bonus tracks or whatever, that kind of material is ideal. Black / Death / Doom / Speed / Heavy / Traditional Metal bands are all welcome to submit material. Thrash bands too though, they kind of fall somewhere between everything so... whatever, you get the point.

4. Still interested in doing interviews and reviews of stuff so be sure to email and ask about that.
Posted by Orion at 8:24 AM No comments: