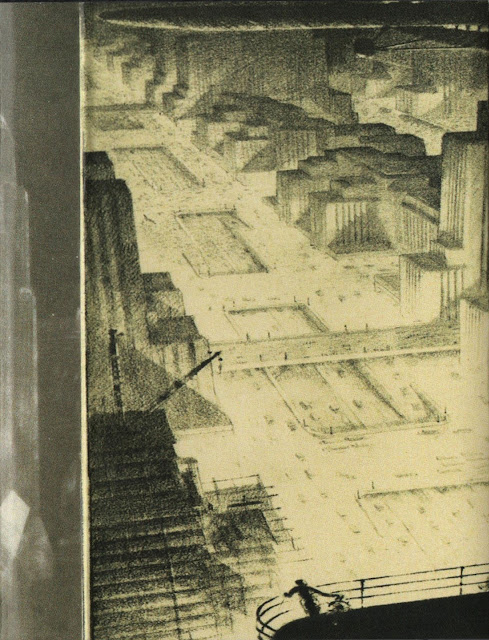 It's impossible not to envision Huxleyan and Orwellian themes when focusing on La Torture Des Tenebres' album art which consistently depicts the kinds of futurist dystopian scenes and landscapes crafted in works such as 1984, Brave New World, 12 Monkeys, or Forbidden Planet. Many reviews have pointed to the classic Metropolis, by Fritz Lang, however it would easy to point to other early noir films with angular aesthetics such as The Cabinet of Dr. Caligari as visual simulacrums for La Torture Des Tenebres' futurist direction. More than any others except Orwell, however, the author who stands out most is Gordon R. Dickson, and his Dorsai series for it's equal parts dystopian romanticism and futuristic nihilism. Musically, however, this aesthetic doesn't seem to stand out to me, which is particularly disappointing, because the lyrical content strongly draws upon this bygone era's dystopian style; an era when science fiction still managed to knock at deeper emotional doors than what we often see in our current special effects-focused sci-fi films. The lack of musical effectiveness is truly what hurts my enjoyment of what otherwise is a well intellectualized social commentary.

Sole proprietor of this little corner stand of techno-horror is Jessica Kinney, who I applaud for the seeming ideological perspectives which she espoused in an interview with Mithratemplezine. As someone concerned over how generations of humans are allowing their individuality to be placed under duress without their consent, it gives me pleasure to find these concerns in others. I think underground metal fans - and extreme music fans at large - are more deeply aware of the importance of separation from social constructs which mold thought and habit, even if they are equally capable of self-destructing their own identities in the name of image. Kinney agrees that "a world in which genuine human connection is entirely replaced by social conventions and unbending self-interest" is a nightmare which must be confronted. In this context, the preoccupation with loneliness and depressed states of mind evidenced in her lyrics, falls in lockstep with the themes. Was not the entirety of 1984 a tragic love story? Was not Winston betrayed by the social constructs around him? Have we all not been betrayed by the social constructs around us?

Memoirs of a Machine Girl is first and foremost a slab of audio experimentation beyond typical genre boundaries and so, for me, it is easiest to classify it as textural in nature. Were there more electronic elements - elements which would potentially aid the futurist vibes the album lacks - it would fall easily into the harsh electronic realm. The lack of electronic textures, and dominance of static and overlays of field and borrowed samples create a wall of white noise which can only be described as harsh ambient. The thematic content, magnified in topics such as loneliness, existential crisis, and depression - Kinney herself has explained that La Torture Des Tenebres "was started as a form of audio-psychotropic for the treatment of psychotic and depressive illness" - add a depressive element which can't help but pigeonhole the project into some sort of Depressive Harsh Ambient category. It's this depressive connotation which would appeal to fans of black metal. Otherwise, I find little in common with the genre as far as music alone is concerned.

Songs are long drawn out blocks of mashed up samples. A wall of static often blurs distinct sounds into incomprehensible mud. Occasionally melodic phrases fight their way through the morass for short bursts of clearance amidst the unsettling clamor. There isn't enough focus on these melodic passages - they become merely a dark cloud in polluted skies forgotten about as they pass. For something so outrageously layered and claustrophobic sounding, I'm amazed when moments fall into place and stand out such as the expansive screaming in the tail end of "Love Pumps Through My Veins as Quickly as you Kiss Me Goodbye" or the children and voices which occupy the interlude in "Somerwhere in Brockville, In a Restroom Stall." There are some excellent choices of sound design present, such as the bombastic and tense ending of "Staring at the Stars to the Sound of Trucks Revving In The Distance," the opening track, where under-water sounding spoken words are paired with horns or alarms sounding in the distance. Kinney's inability to highlight her purposeful choices of sampling and texture are my biggest concern with the project. I'd like more space, without the loss of the harshness and wall-of-sound.

As alluded to earlier, at no point in the tracks do I feel like I am in a futurist setting. More rigid and angular rhythmic elements would help press this atmospheric form. I also question the usage of the drums or percussive elements which don't add anything to the imagery I view as La Torture Des Tenebres' goal. I really like the potential behind this project. It's one of the more interesting harsh noise / ambient tapes I've heard in a while. I'd like a more concerted effort to capture the retro-future imagery in the overall sound design, since the project relies so heavily on that aesthetic. Instead of being swept into a post-apocalyptic future world of broken machines, vacuum-tube adorned processors, and antennae arrays broadcasting mind-control signals, I feel like I've walked into a David Lynch setting. It's not a bad vibe, at all, but it doesn't complete the necessary whole to raise Memoirs of a Machine Girl to the lofty heights which others hoist it to. 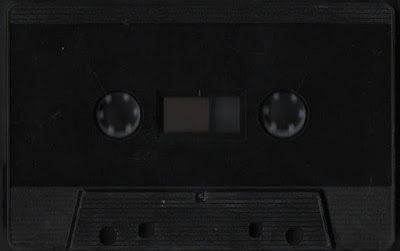