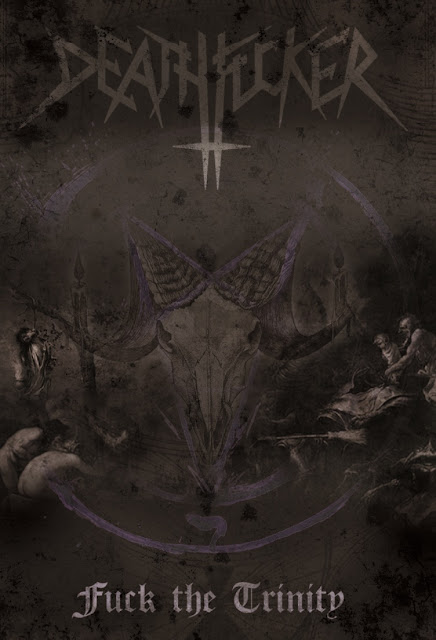 The next official Contaminated Tones Productions release will be Italy's Deathfucker and their absolutely slaying demo Fuck The Trinity.

I expect die-hards to go nuts for this; death thrash with throwbacks towards classic bands like Slayer, Motorhead, and Death. The tracks are all raucous and vitriolic with a rebellious punk sentiment that carries throughout, even if the riffs, vocals, and other instrumentation is all undeniably old school metal. It's a rare level of maturity to be found on a demo and deserves more than passing listens.

Once again, this will be a pro-tape release. I am proud to finally get this out for Insulter and J.K as it's been in the works for a while since before the move and kept getting pushed back due to financial obligations being what they were. Fuck The Trinity was previously released as a CD demo through Colombian based Trauma Records and as a tape through Thailand based Witchhammer Productions that excluded two of the tracks. It has never before had a proper western release which due to the strength of the material is warranted.

For those that are taking note of my serial numbers, the reason this being labelled #16 is simply because the release that was going to be put out under that number simply has not materialized for several years.