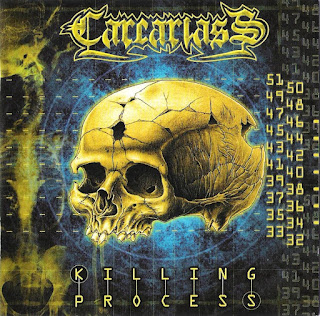 For some reason my mind forgot to remember how I first heard about this awesome French tech-death band's third album. Then I remembered what drew me to it. The opening of first track Watery Grave, I must say, must have impressed me when I first heard this album as much as it impresses me to this day. Not only does it really sound as if you are being submerged in a vat of acid, but shows the prowess of the band as a whole. I must have played the beginning over and over just to be sure that I was not dreaming of something that awesome. Raphael Couturier's bass playing is excellent throughout the whole album but there is more to this fantastically performed album than this seventeen second introduction. 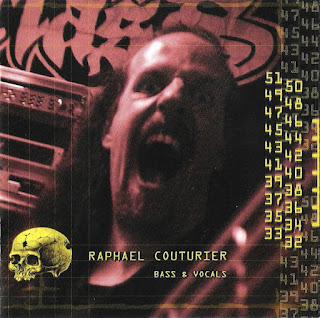 Aside from bass duties, Mr. Couturier also doubles as the vocalist also. However, this time his abilities, though not horrible, present one of the few setbacks about this album. Only two thirds of the album's songs include vocals and the albums best track, in my opinion, Lost In Agony, is unscarred by what seems to be forced death metal vocals. Musicianship is where these three metaller's shine. The vocals at times seem out of place, had they had more edge and anger to them its possible that they would go over extremelly well however for the moment, detract from the music. With thier sound, as melodic as it is, clean or semi-clean vocals may have worked better than a full death metal attempt.

The guitars on this album are incrediblly played. Pascal Lanquentin nails every note with a vengeance. His leads are incredible especially in songs like Lost In Agony, Burn In Peace, and Mortal Climb. Rhythmically he is also impeccable, landing riffs like a veteran pilot landing a plane on a fiery runway. Though his playing is pristine, a more powerfull guitar sound would have numerous benefits. Unless your playing this album in the ninety decibel range, you may notice a lack of power. If they overdubbed the guitars in the recording, I cant fathom how weak the guitar sound was in the beginning.

Drumming is provided by Betrand Simonim. Quick, accurate and varied, the drumming is also precise like the rest of the musicianship however, like the guitars does suffer slightly from a lack of brutality.

The songwriting on this album is, I can honestly say, far superior to many bands at a higher level of stardom and noteriety. Hooks adorn this album like bodies in a morgue, and in a way that doesnt give the stench of trying to sound more mainstream-oriented. The fifth song, a short instrumental, possibly serving as a break, is unnecessary. The rest of the songs are well composed. Though Carcariass seem to favor the mid tempo, there isnt a lack of faster material to sink your teeth into.Watery Grave, Killing Process, and Burn In Peace are standout tracks though the final track, Lost In Agony reveals the genius these guys are capable of. Mortal Climb, Winds Of Death and Under Concrete are strong songs also however at times seem out of place. All in all however, from start to finish, this is a fantastic album that sadly, im sure, has gone overlook by many prog-death, tech-death fans. 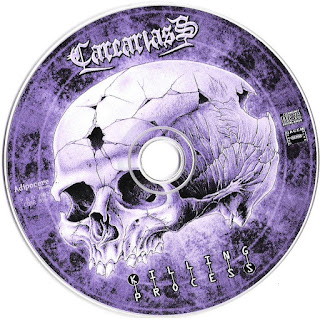